Srugim, or my current favorite show on Israeli TV


Srugim (which is ridiculously translated as "Knitted Kipas" in the TV listings) is an Israeli TV show about the lives of single religious Israelis living in Jerusalem. It was a big hit its first season out and recently began its second season.

This season, two of the main characters got married and the show is dealing a bit with their first year as a wedded couple. Other characters are still dating in search of a lifelong mate. One woman has decided to leave religion behind and the show effectively portrays her struggles with her new found identity.

And a new character, just introduced this season is gay.

I wasn't surprised about this because I'd already read that it was going to happen at the Muqata (I couldn't find the exact link, but I'm pretty sure that's where I read it).

It was a good episode, but I've got some comments and questions:

I think it's fair to deal with homosexuality in the single (and married) religious Jewish community, but I think it's a bit early in the series to do so. The series probably has a shelf-life of four-to-five seasons (trust me, I'm a very experienced television watcher) and I think the creator and writers should have delved deeper into the characters before introducing this topic.

I know the writers were probably going for a surprise element here, but there was no realistic build-up to this. After all, Roi (the gay character) really seemed very into Reut, one of the women on the show. He asked his brother, Nati about her. He called her in yesterday's episode to get together for another date. Yeah, I get that he's trying to build a traditional Jewish life by finding someone he can have good conversation with (as his married, but gay chavrusa (learning partner) was advising him. But I don't buy it. The writers sprung this out of nowhere (unless you also read the Muqata) and it just didn't ring true to me.

I'm a bit surprised that Roi would come out to his brother, Nati. They didn't seem so close (in spite of their mother's recent death) and well, I wouldn't expect Nati to be particularly tolerant of his brother's homosexuality, and true to form, he wasn't.

One more thing: Why does the guy playing for other team have to be so darn good looking?

Here's some background on the main characters: 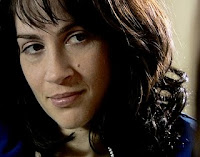 Hodaya. Daughter of a Rabbi, no longer religious, but struggling. Currently works in a bar and seems to be living with her boyfriend, who also recently left the fold. 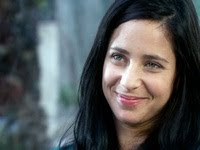 Reut. A successful career woman, recently returned from a trip to India, which apparently wasn't so great. Feminista.

Nati. A doctor. Has trouble with commitment. Doesn't treat his family or friends too nicely. Put on weight recently. 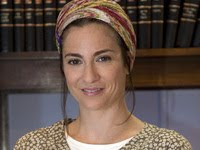 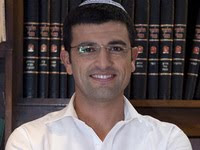 Yifat and Amir. Now happily married and trying to marry off all their single friends. 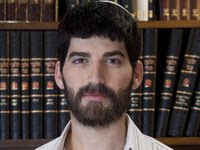 The newest character, Roi. Now out of the closet. Better looking without the beard.

It will be interesting to see where the show goes with this...
Posted by Baila at 9:07 AM

I thought the best line of the conversation between Roi and Nati was when Nati said, "But you don't look gay!" Duh. It's not like he would have the mark of cain.

I agree it's a little early in the series for this, but it's so great that it's part of the dicussion.

That's funny. I thought the funniest line was when Nati said, "If you didn't do anything yet, you're still not a homosexual". Same conversation.

(But the funniest part of the episode was when Yael carries the big green bowl to the bathroom).

Great synopsis of the show! I agree with everything you said from Nati gaining weight, to Roi looking better without the beard... to the funniest part of the episode! I LOVE this show and look forward to watching with my daughter every Sunday. Thank G-d for the Hebrew subtitles.

This looks very much like a series I'd enjoy. I wonder if you can buy the DVDs for the first season. Do you know this?

I wish they carried this program in the U.S.

Hasya Ya'ara -- you can watch it online or download it. (not sure how/where, but know it can be done)

I totally agree that it does not make sense for Ro'i to come out to Nati. It is obvious that Nati would not be supportive. Ro'i would know that.

IMHO, it would have made more sense to let his relationship with Reut develop into a more serious friendship and then confide in her.

I was kind of confused by Yael and the bowl of water in the bathroom - what was that all about?

Great site,this information really helped me , I really appreciate it.Thanks a lot for a bunch of good tips. I look forward to reading more on the topic in the future. Keep up the good work! This blog is going to be great resource. Love reading it.
nice tip

This information is very interesting, I really enjoyed, I would like get more information about this, because is very beautiful, thanks for sharing! costa rica investment opportunities

Hello .. firstly I would like to send greetings to all readers. After this, I recognize the content so interesting about this article. For me personally I liked all the information. I would like to know of cases like this more often. In my personal experience I might mention a book called Generic Viagra in this book that I mentioned have very interesting topics, and also you have much to do with the main theme of this article.

Hello .. firstly I would like to send greetings to all readers. After this, I recognize the content so interesting about this article. For me personally I liked all the information. I would like to know of cases like this more often. In my personal experience I might mention a book called Firesales Costa Rica in this book that I mentioned have very interesting topics, and also you have much to do with the main theme of this article.

They always make the gay character good looking- sad for the female viewers who were crushing on them.