There's an interesting discussion going at A Mother in Israel regarding a trend where fearful parents are promoting the young marriage of their children (young being 19-22 years old, presumably ages where these young men and women are not finished with army service or university, and likely not yet in some kind of profession).

My eldest recently turned 17 and although I am not losing sleep over the issue yet (I lose sleep over other things at this point), I know that it is not far off. Whereas a few years ago it seemed like I was constantly busy with bar and bat-mitzvah, recently I have been going to more and more weddings and with G-d's Help, I expect to attend more and more over the coming few years. I have a number of friends whose kids are of the age.

I am very afraid of those things. We live a nice life, Thank G-d, and are very grateful for it, but I certainly can't afford to support my kids completely when they begin their married lives.

While I am on the topic, I have something else to rant about. When Liat came home this summer she told me that her friends in America were talking about their upcoming yearbook pictures. She explained that most of her friends were going to get their make-up done professionally, and that some of them were even planning on photoshopping their pictures because these pictures were going to be looked at by matchmakers; some would even go on their shidduch(matchmaking) resumes.

What is a shidduch resume you want to know? Well apparently it is a piece of paper that lists all of the essential items necessary to get married. First, from what I understand, the girl (through a matchmaker) sends the boy's family her resume. After the boys parents check things out and accept one, they send their son's resume to girl's family. If things check out there, the young people can meet for a date. Sometimes phone dates are recommended (the woman I know told me her son had one phone date that was limited to 45 minutes). The things on the resume are not things like "I enjoy romantic walks along the beach at sunset", but rather the yeshivas the kids went to, both in high school and for their year in Israel. I imagine physical attributes are included, perhaps stuff about the parents of the prospective couple. The woman I spoke to told me her son's resume was rejected several times because he stated that he may someday want to live in Israel.

I hope this trend doesn't come to Israel. It makes me want to throw up a little bit in my mouth.

Here's what I propose: how about letting our kids be kids? Why not let them hang out together in groups, go to movies, to the pizza place, bowling? When they get to university, why can't they hang out at the cafeteria together, laughing and teasing each other and setting each other up with their brothers and sisters? I'm talking about religious kids. Many of them will wait until they get married to have sex, simply because they were brought up that way. Some won't, it's true. But do we really all believe that no religious teenagers are having sex because we are tightly controlling when and with whom they get married?

Some thoughts on my trip back to the old country 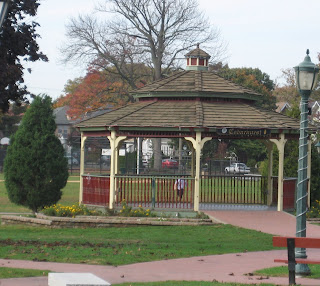 When I got off the plane at at Newark Airport in New Jersey, I thought to myself, "whoa, the air conditioning is really strong here", only to realize that I was outdoors, and that cool, crisp feeling was in fact, the weather. As Mazi and I chattered in the car on the way to her house, I could not help but notice the fall foliage the Northeastern USA is known for. The trees were beautiful shades of yellow, orange and red; it was spectacular scenery to start my trip with.

The old country is indeed beautiful.

It was a great trip. I spent quality time with my mother and siblings, watched my nephews run the whole tefilah (prayer service) for their bar-mitzvah and bonded with my niece over some shopping at Macy*s. I shopped Target, Walmart, Nike, Joyce Leslie, Kohl's, Macy*s, Bed Bath and Beyond, Costco,and Art Brown (for the beloved pen afficionado in my life). I saw my Venezuelan nephew and spent a day traipsing all over Manhattan. 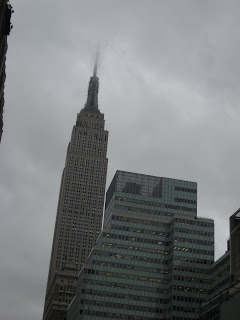 I laughed with old friends, my "people", picking up right where we left off three years ago. I ate at restaurants, walked, walked and walked more. 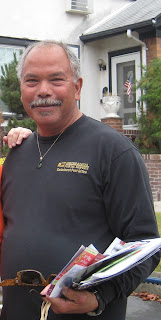 I bumped into Ben the mailman, who not only remembered my name, but my girl's names as well.

By Wednesday, I started to think about returning home. Home to where my children were. Home to Isaac.


By Thursday, I was sick of shopping.

By Sunday, I was counting down the hours to get on that plane.

I think that ultimately you can go home again. At least for a brief time. I love that place and it will always be the home of my past, the home I was born in, the home that helped shape the person I am today.

But now I live in a place that I chose. And you know what?

It's good to be home.


(Special thanks to Mazi and Sarah who insisted I make myself comfortable in their beautiful homes. Which I totally did, and is partially the reason I gained two pounds on this trip).
Posted by Baila at 4:02 PM 5 comments: