Otherwise known as Birchat HaChamah. According to tradition and Wikipedia, this refers to a Jewish blessing that is recited in appreciation of the Sun once every twenty-eight years, when the vernal equinox as calculated by tradition falls on a Tuesday at sundown. It is said that this was the exact time the sun was created by G-d and happens once every 28 years. For it to happen on Eve of Passover supposedly happens once every thousand of years or something.

I really don't know much about astronomy. Okay, I know nothing at all about it. But for the past couple of days I've been tooling around the internet trying to figure this thing out. The vernal equinox (isn't that when you can balance an egg?) happens twice a year when the sun is exactly vertically lined up with the earth; that would herald the seasons of Spring (March 21/22) and Autumn (September 22/23). Today is April 8. It appears the equinox happened a couple of weeks ago. And how would we know the position of the sun when it was created anyway? Nobody was there, at least not 'til a few days later.

Healthy skepticism aside, the whole concept of this is intriguing to me. What I love most about being Jewish is the tradition of it all, that some of the things I do today were practised by my ancestors hundreds and thousands of years ago. Of course there are many daily, monthly, and yearly rituals. But a tradition that happens once every 28 years? It made me start wondering. Where was I 28 years ago? I was barely a toddler (okay that's a bald-faced lie, but many of you don't know exactly how old I am, so I can tell it; this is the internet, afterall). Truth is, I wasn't even aware that Birchat HaChamah existed until about a year ago when I saw people joining the group "I am attending Birchat HaChamah" on Facebook. And where will I be in 28 years from now? G-d willing, I'll still be living, breathing....but who knows?

And so I set my alarm for 5:20 a.m. There was going to be a communal tefilah in Modiin. I had no plans to attend that tefillah, but rather to go to Givaat HaTitorah, a hill in Modiin that is full of history and wildlife, where the views of the city are spectacular. Liat and Orli told me to wake them up, Tali said, "forget it". When the alarm buzzed, I turned over and thought about missing it....but got up. Liat joined me. Orli didn't. [When I told her she'd be 40 the next time it happens (G-d Willing!), she shot back "THIRTY-NINE!!!"].

So Liat and I set off. 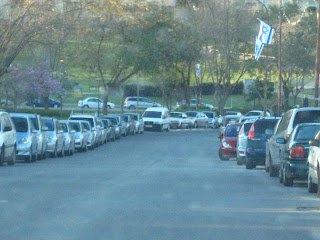 It's a good thing we went to the hill and not to the communal tefillah--we wouldn't have found a spot! 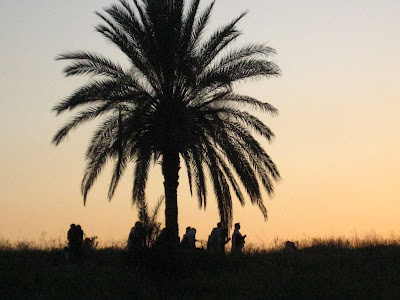 Prayer on the hill. A private minyan, not the communal tefillah. 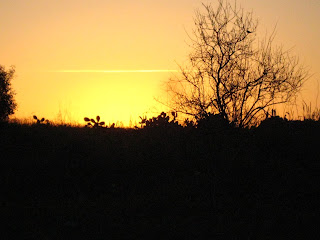 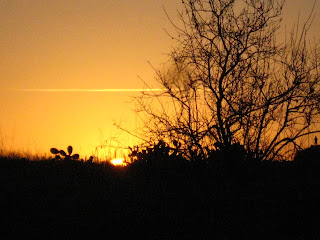 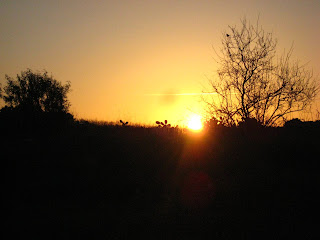 "עושה מעשה בראשית"--praising "He who performed the act of creation" 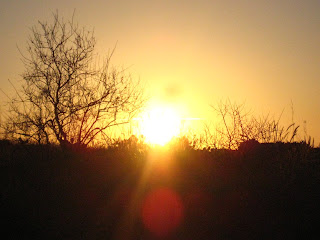 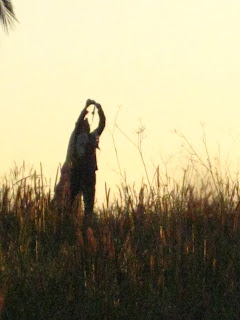 "I lift up my arms in supplication..."--no, wait, I think the guy's just taking a picture. 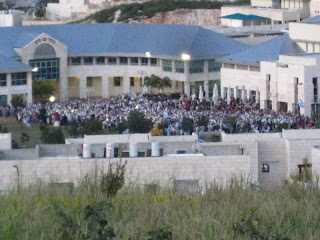 View of the crowd from the hill. 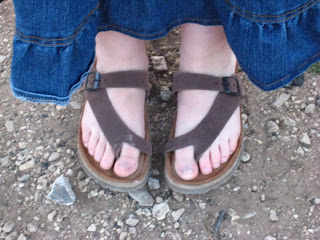 Liat's new Naot. Nothing to do with the occasion.

All-in-all a fun, hopefully more than once-in-a-lifetime experience. And now, I really should get the place ready for the Seder.

It takes place tonight, you know.
Posted by Baila at 9:31 PM

May you have a wonderful and joyous Pesach and a chag kasher v'same'ach!

the pictures are inspiring!!!!

Liat, I love the naot, wear them in good health.

Chag Sameach, we are thinking of you and missing you all.

Ah, yours was much more uplifting than ours! My daughter and I went to the back yard, looked for the sun between the clouds, saw something that sort of looked like sun, and said the bracha (men/boys were at shul).

My daughter will be 34 next time. (I said that to her, too, after we said the bracha).

What a blessed celebration. It looks especially beautiful in Israel.

Thanks for sharing with us. Hope you had a joyful and meaningful Pesach.

sorry to nit-pick (haven't actually had to do that yet to the little one...) but there's only one vernal equinox per year, in Spring, the other one's the autumnal, unless I'm mistaken